This is the fourth article in a series on leadership legacy and how to multiply your impact as a leader.

(These posts are inspired by my father, Alonzo McDonald, business leader as well as US Ambassador, White House Chief of Staff, President of Bendix, Harvard Business School lecturer, and philanthropist who passed away a year ago.)

Today, we address avoiding loss and regrets. My father’s lack of listening skills caused him and others deep regrets.

Al McDonald’s lack of listening skills caused him and others deep regrets.

Rise and Fall at McKinsey & Co

Of all the illustrious positions Al McDonald held, the one closest to his heart was being elected Managing Director of McKinsey & Company consultants worldwide.

McKinsey is where my father matured as a strategic thinker and a leader.  He grew up in the Firm, dedicating 20 years of his career to it.

Back in the 1970’s McKinsey boasted 50 partners worldwide.  For a long time, a caricature of them hung on his wall.  We, the McDonald children, recognized 1/3 of them and knew them by name as we socialized together.  McKinsey was like family.

What a fulfilment of dreams in 1973 to be elected as Managing Director worldwide!

The company had grown substantially, opening offices on multiple continents.  Competition sprouted as well.  All the big accounting firms opened strategic consulting activities.  In this context of growth and competition, McKinsey saw its profitably decrease.

At election time for the Managing Director, McDonald represented the let’s-GO-GET-BUSINESS-and-systematize-our-processes camp.  With his passion, intensity, and focus on leveraging impact, McDonald combatted those who prone a business-as-usual strategy.

Combat is the appropriate term.  His fighting mindset precluded listening.

He did not discuss.  He debated…to win.

He thought he listened because McDonald asked questions.  Rather, he interrogated.

What’s the big deal about missing listening skills?  It reflects deeper beliefs like, “I am a person of greater worth than you” and, “Your value lies in what you can do for me.”

Had he been confronted, McDonald surely would have denied these statements.  Still, actions speak louder than words.

Confrontation is not the solution when faced with a master combatant. We learn of the missing skill by understanding the impact it has on others.  McDonald learned this the hard way.

Profitability at McKinsey increased.  McDonald thought he was on track.  Yet only three years after his intial election as Managing Director, he was voted out.

It must have been quite a rift.  In the official McKinsey scrapbook, which recalls seven decades of pictures, memos, and memories of the Firm, 56 people are quoted including all the living Managing Directors and the partners I knew…except for my father.

Indeed, I remember hearing my dad talk about how he had turned around the Firm’s financial performance and reputation.  These were his KPI’s and he reached them.  He struggled to grasp why he had been turned down.

He did not realize he lacked listening skills and that his domineering style busted morale.

Did you notice the language in the scrapbook?! “Required” is used in both sentences!   His reforms sound like impositions.

“At the end of the day people won’t remember what you said or did, they will remember how you made them feel.”

To paraphrase Maya Angelou, my dad made people feel coerced and insufficient.

I believe that at the core, McDonald lacked listening skills.  And he lacked the self-awareness to realize that he judged before listening.

By not “hearing people out,” he closed opportunities to generate connection and buy-in.  By interrogating, he put people on the defensive.

I believe he held noble intentions: to get the best performance and effort out of each team member.  To a few, his constant challenges indeed brought out the best.  To many, he created distance and resentment.

What does it sound like to lack listening skills?  Here is a personal example.

It may sound minor…and yet, in your offices, similar “minor” responses abound and discourage team members.  It is lack of listening such as below that contribute to the startingly high disengagement rates of employees. (90 to 70% depending upon the studies)

In the words of a young manager in my training program, “No one comment is HEAVY in itself.  It is the constant accumulation of these small burdens which weighs me down and gnaws away at my confidence.”

“No one comment is HEAVY in itself.  It is the constant accumulation of these small burdens which weighs me down and gnaws away at my confidence.”

Here is one minor example from my father.  This situation happened 24 years ago yet still conjures up hurt .  Listening skills matter.  They keep people from being imposing and controlling.

Cost of Lack of Listening Skills

Our second son is named Jack.

My French husband and I wanted a Franco-American connection and were inspired by the Jacques MacDonald related to the Boulevard MacDonald in Paris.  My father had regularly regaled me with the story, “We wanted to call your brother Alex and Kenneth, but I was not going to have a son with the initials of ass kisser.”  With this in mind, I wondered whether Americans might mispronounce “Jacques” making it sound like Jack…ass.  To avoid a potential mishap, we settled for “Jack.”

Now, in “respectable” American families, Jack is solely the nickname for John.

When my dad called to congratulate me on the birth, he said, “I don’t know any Jack’s.  It’s not a real name in the US.”

It might sound like an innocent and awkward reaction.  Al McDonald did not do innocent.  He planned his statements…before listening to others.

He was picking a battle over a decision that was not his to make!  I felt judged before being heard.

Of course, dad eventually learned the story behind Jack’s name. Yet, when he spoke before listening, I lost the joy of sharing the story.

There lies the missed opportunity.  By seeking to listen first, he could have boosted connection.  Instead he fed resentment and built barriers.

This is one example of a multitude.

I am convinced that the same lack of listening that he demonstrated at home also led to McDonald’s fall at McKinsey.

Did McDonald demonstrate lack of listening skills or a lack of caring?  They go hand in hand.

In my trainings, I observe that learning about listening styles and practicing active listening skills reveals a person’s mindset.

That’s why, through role plays and interactive exercises, I create opportunities for participants to discover for themselves how well (or badly) they listen and what blocks them from listening well.  There is no need for a sermon or for confrontation.  Each of those create resistance to change.

Surely my experience with my father influenced my choice to learn listening skills and to pass them on to high potentials so that they and their teams can thrive.

I used to have a parenting blog and one of the top articles was “When love is spelled L.I.S.T.E.N.”

If you want your employees to love their work, teach your managers to listen.

If you want your employees to love their work, teach your managers to listen.

Of course, my father bounced back professionally and went on to become Ambassador and to serve in President Carter’s cabinet.

I do not think he ever realized that he listened badly, yet he grew in humility and grace and learned to offer feedback mostly when solicited and with more kindness.

In his seventies, McDonald reconnected with McKinsey contacts.  My father could finally laugh when folk exclaimed with surprise, “Are you the same Al McDonald?!

I think my father died with few regrets.  Yet, it took him decades to pay the price of lack of listening skills and the corresponding mindset.

Please, do not follow that painful path.  Learning the hard way can be so easily avoided.

Wishing you life and work filled with L.I.S.T.E.N.

P.S. Yes, I am passionate about constructive communication and effective listening.  Find out about my training program here (currently in French) 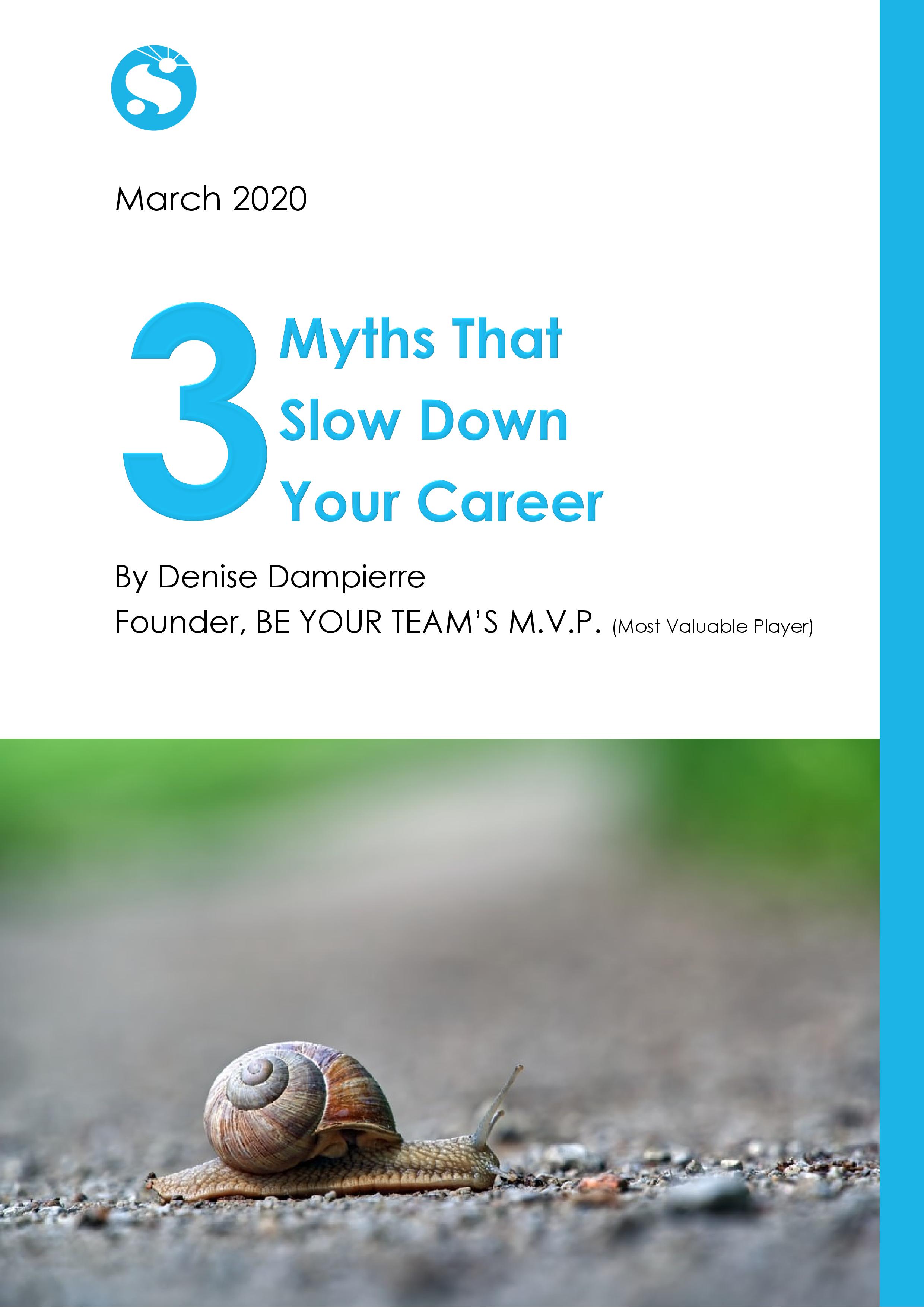